About Us: Who We Are 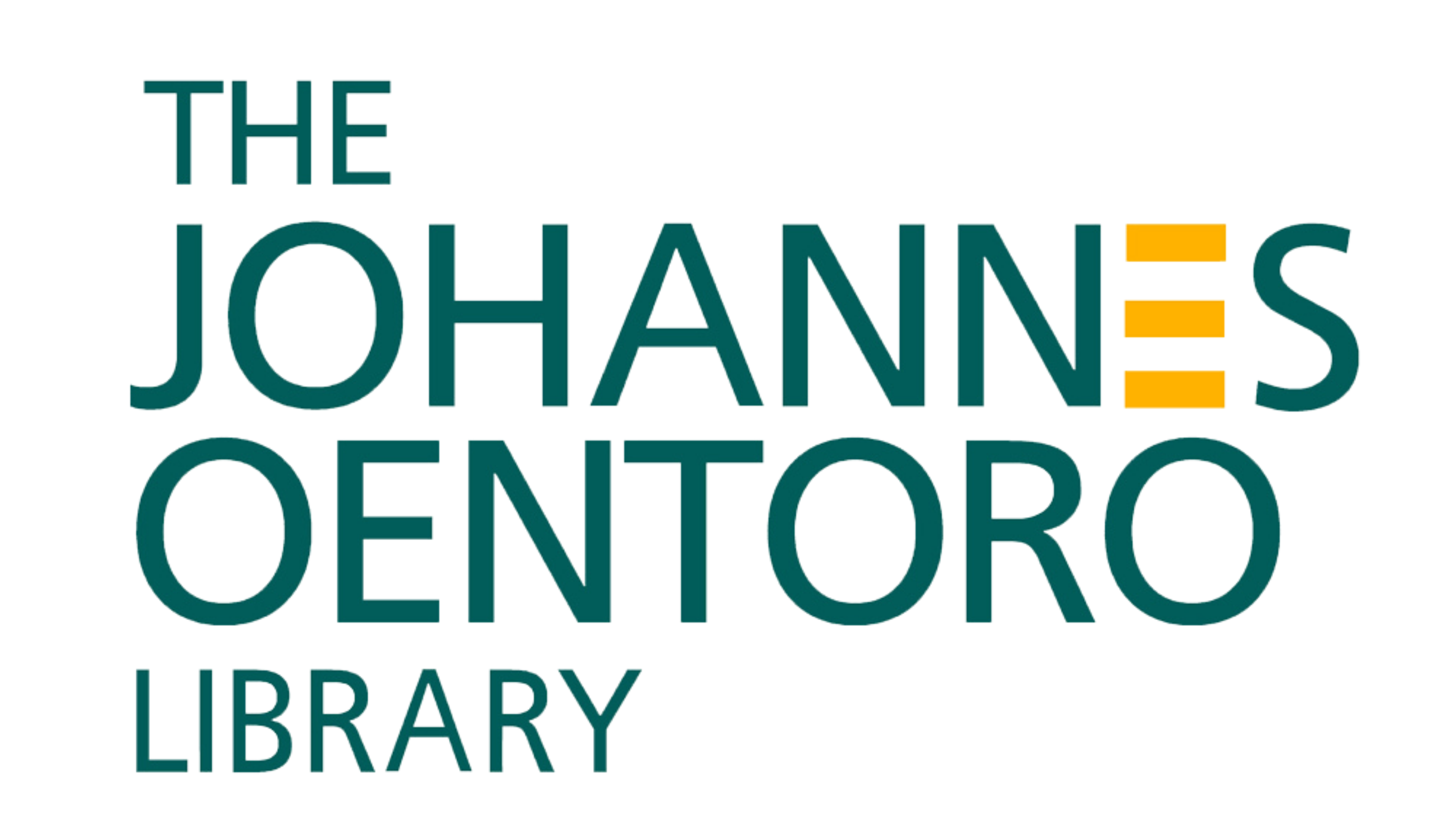 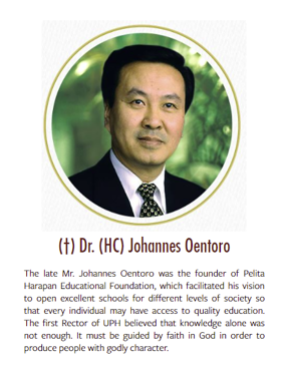 Welcome to the Johannes Oentoro Library! This is the main library of Pelita Harapan University.

Our Vision:  To be a campus community center which pioneers, inspires, and ignites a dynamic spirit of learning, academic and scholarly pursuits, and fulfills the vision of UPH.

Our Mission:  To support the learning and research activities of the University by providing SERVE (Sympathetic, Easy, Rapid, Valid, Enthusiastic) quality services, providing access to information resources in all formats, and educating users to use information resources and technologies in ethical ways based on Christ–centered principles.

Our Core Values:  These values are the guiding principles that dictate our behavior and actions.

Dr. (HC) Johannes Oentoro Ph.D. (1952-2011)
The main library of Universitas Pelita Harapan at Lippo Village campus has been named for Johannes Oentoro, one of the founders of Yayasan Pendidikan Pelita Harapan. His vision focused on nurturing students to believe in the true God, to strive for true knowledge, and to exhibit godly character as Jesus Christ has modeled. His concept of transformation has inspired education across Indonesia.

As the first of his fruit, Sekolah Pelita Harapan was founded in 1993. He had to leap many hurdles and endure sacrifices during the early days of the school, but with perseverance and strong belief in God's plan, he overcame all odds. He never once abandoned his calling. SPH later became the model for other educational institutions that grew rapidly under the Pelita Harapan Education Foundation. Universitas Pelita Harapan (UPH) was established in 1994. Sekolah Dian Harapan (SDH) followed in 1995. Then in 1998, Sekolah Lentera Harapan (SLH) was established with the noble purpose of providing quality education to lower income groups.

Johannes Oentoro was born on May 24, 1952 to Untung Oentoro (Oei King Oen) and Hilda Oentoro (Lauw Hernien) in Semarang, Central Java. He is the eldest of five siblings: Johannes, Ninie, Tony, Hanaand, and Jimmy Oentoro. He was married to Susanti Sukamto, and was blessed with two lovely daughters: Ancella Tobias Oentoro and Annette Tobias Oentoro and granddaughter, Mischela. Graduating with Bachelor of Electrical Engineering from Satya Wacana Christian University, Salatiga in 1977, Dr. Oentoro's never ending passion to learn led him to further his study in education at Griffith University, in Brisbane, Australia. His dissertation, "Total Transformational Education", earned him a well-deserved Ph.D degree ini 1997. His educational journey later took him to Quachita Baptist University, Arkadelphia, Arkansas, where he received a Doctor of Business Administration (H.C) in 2004.

The Library was established on June 1994 in a 45 m² area located on the 2nd floor of the Lippo Bank Building, Kedoya Branch in Jakarta. At that time, the Winnebago automation system was implemented. Two months later, the library was relocated to a 250 m² area in the Menara Asia Buidling in Lippo Karawaci.